While Xiaomi has a long history of making impressive fitness trackers, its sub-brand Redmi is relatively new to the game with just a couple of wearables on offer. Much like other products in its lineup, the new Redmi Watch also caters to the budget segment, offering a smartwatch-like design at a price that isn’t much higher than a fitness band.

For under $60, Redmi has been able to put together an acceptable package, but that still isn’t enough. The watch lacks the bells and whistles that many trackers offer at a similar price, including Xiaomi’s own Mi Band 5. Although you quickly get used to some of Redmi Watch’s quirky limitations, others can as easily become a dealbreaker for many.

Design, hardware, what’s in the box

Like every other budget smartwatch, the Redmi Watch looks like an Apple Watch clone with its squircle body and a curved glass top. Make no mistake — just a glance at the matte plastic sides is enough to tell that it’s a much cheaper timepiece, but that works in its favor, nonetheless.

Thanks to that plastic build, the watch feels weightless on my wrist, and I had no trouble wearing it all around the clock. The included TPU strap is also comfortable and uses a traditional buckle. However, it attaches to the watch using a proprietary connector, forcing you to rely on Redmi if you ever wanted to get a replacement. And that attachment mechanism also takes quite a bit of effort to get the strap off.

Under that 2.5D cover glass sits a 1.4-inch TFT screen surrounded by some chunky bezels, especially on the top and bottom. They get much less noticeable if you stick with any of the preinstalled watch faces with a black background, but go with a lighter color and it’s clear how much less refined the Redmi Watch is compared to the Apple Watch. The LCD itself is pretty good for regular use and even gets bright enough (with auto-brightness controls) outdoors — just don’t expect OLED-like vividness.

There are a couple of things about the Watch’s design that don’t work. For one, the 41mm Watch looks tiny on my wrist. It wouldn’t have been an issue had Redmi made another size option available. The other thing that troubles me is the side button; it feels a bit stiff. Its tactility matters because the watch lacks the tap-to-wake feature, and that button is your only way to wake the screen if raising your wrist isn’t an option.

Inside the retail box, you just get the Redmi Watch, its proprietary two-pin charging dock, which isn’t magnetic but grasps the watch snuggly.

To pair the watch with your phone, you’ll need the new Xiaomi Wear app, which is a big step up from the older Mi Fit app in terms of user experience. The new one is slick, easy to navigate, and has a funky bright yellow interface. Plus, it maintained a rock-solid connection with the Watch.

The app currently lacks a number of prominent features like Mi Fit’s dedicated section to invite your friends over for more competitive training, and it doesn’t let you connect to Google Fit yet. And Xiaomi Wear also doesn’t provide any setting options for the Watch, except for picking the watch faces and setting up app notifications. For everything else, including DND, idle alert, and heart rate frequency, you’ll have to turn to the settings app on the wristwatch’s tiny screen, which makes for a clumsy experience. 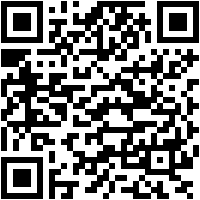 While the companion app’s interface has a modern look, the Watch’s RTOS-based interface is the exact opposite. The tiled arrangement on the main menu looks like it was designed in the early 2010s. And that’s far from the only problem. My biggest gripe is that there are no animations and transitions when swiping between screens. Because of this, the entire experience feels robotic and disjointed. As a matter of fact, many cheaper bands with smaller screens have comparatively elegant transitions, so this shortcoming is a real head-scratcher.

But once you get past the lack of animation, you notice that individual app screens don’t look half as bad, and the interface is responsive with no animations in the way, almost making up for the blandness. Swiping down from the home screen shows all your notifications while swiping up takes you to the quick settings page, which has shortcuts for the torch, the settings app, locking the screen, and more. Swiping left or right on the home screen gives you a quick look at various app widgets for your stats, local weather, and controlling the music playing on your phone. Music controls worked pretty well for all streaming apps, though it sometimes had trouble picking up what’s playing on YouTube or YouTube Music for a few seconds.

Notifications work surprisingly well on the Redmi Watch. It shows icons for many common apps and even supports emoji — both of which aren’t supported on the much pricier OnePlus Watch. However, replying to the messages isn’t possible from the watch’s screen, not even with preset phrases. I would’ve liked the notification feature even more if Redmi had included an option to automatically mute redundant notifications on the watch when I’m using my phone.

As for fitness tracking, the Watch doesn’t have a rich selection of features on offer, but it covers the basics pretty well. You can track exercises like walking, running, and cycling, along with some less common ones like cricket and swimming. The step count, calories burnt, and heart rate were all in line with other comparable fitness trackers. Nothing to complain about there.

The best fitness feature is the built-in GPS, which allows you to take a run outside without bringing your phone along. In my testing, GPS took a few seconds to lock even under the open sky, but it maintained a strong signal after that. Though you’ll always have to remember to start your workout session manually as there’s no automatic tracking option.

Sleep tracking, on the other hand, turned out to be a hit or miss for me. On some days, my sleeping data came out accurate to the minute, while on others, I’d see a few extra hours added to my cycle. The Watch cannot make out if I’m just lying in my bed or actually sleeping. Plus, it doesn’t record your REM sleep, which was recently made available on the Mi Band 5.

The watch also never sent me an idle alert even if I spent hours sitting in my chair. It could, however, recognize and record when I was standing for more than a minute. One feature that I miss on the watch is SpO2 tracking, which is getting increasingly common among cheap fitness trackers and could’ve also helped make sleep tracking worthwhile.

With continuous heart rate and notifications enabled, I got a battery life of 10 days, which is exactly what Redmi claims. That includes a short GPS-tracked run, as well. More frequent heart rate monitoring can further bring down the overall usage time, while continuous GPS use can kill the watch in a matter of hours. The watch takes about 2 hours to juice up completely, and I liked that it turns into a mini desk clock while charging. It’s a nice touch.

Should you buy it?

Probably not. The Redmi Watch makes a good case for itself, trying to give you the feel of a smartwatch without having to pay top dollar. Had it brought the goods of the Mi Band 5 to the form factor, it could’ve been a far better overall product. And at just under $60, that package would’ve earned a big thumbs up from us. But sadly, that’s not the case, and the choices that Redmi made with the software are to blame for the watch’s mediocre performance.

The competition has much more mature products on offer. The Amazfit Bip smartwatches not only get you a nicer interface, but the Bip U Pro has built-in support for Amazon Alexa. If you aren’t married to the smartwatch for factor, you might consider waiting for the Mi Band 6, which should launch in India in the next few months. It’ll probably be a little cheaper and will have several of the features missing from the Redmi Watch.

In general, you ought to steer clear of smartwatches at the ₹5,000 price point. They are all shaping up to be little more than fitness bands disguising as smartwatches, compromising either on the build or software to keep the price competitive. You’d be better served with a cheaper fitness band, like the Mi Band 5.

I’ve used the Redmi Watch on and off over the last month, primarily for getting important app and call notifications, which have been quite reliable. Beyond that, I couldn’t count on it for keeping tabs on my workouts and sleep. In all this time, almost nothing has changed in regard to the complaints I originally had with the Watch. Sleep tracking is still erratic, while activity tracking is limited to the basics.

Nobody expects a cheap fitness tracker to get a radical interface redesign in its entire lifetime, and it’s no different for the Redmi Watch. The OS continues to be unintuitive and bland, and it will likely stay like that forever — it’s a real bummer. That’s perhaps the biggest reason why my view of the timepiece hasn’t changed. What further solidifies my impression is that the cover glass has started to pick up a lot of scratches even though I’ve been careful with it, raising questions about the Watch’s durability and longevity.

I still reckon that a fitness band in this price range will serve you much better than a half-baked “smart” watch. Waiting for the Mi Band 6 to launch in India will surely pay off as the tracker turned out to be a better overall product in our review. You can always go for the tried and true Mi Band 5 if you want something right away. However, if the watch form factor matters to you, my suggestion would be to save up for a smartwatch with better software and build quality — there are plenty of good options under ₹10,000.